My formative years were spent in Brynhyfryd in the late sixties and early seventies, and despite leaving there a month after my ninth birthday, the area still holds an incredibly fond place in my heart and contains many great and vivid memories for me.

One of those is of the moon. Yes, the moon.

In 1969, man walked on the moon for the first time and for the next three or four years, we were all gripped by NASA’s Apollo programme which endeavoured to go where no man had gone before. Or was that Star Trek? No matter, it was exciting, and moon fever seemed to reach all of us, especially everyone in my class in Brynhyfryd School, who, it seemed at the time, all wanted to be spacemen. 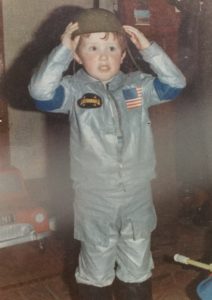 “Hafod, we have a problem.”

But we didn’t need a rocket to reach for the stars living in Brynhyfryd, because we had our own moon surface just down the road, and we would visit it often. My family lived on Trewyddfa Road, almost right at the bottom, just a hundred yards or so from the playground at Cwm Level Park. For a child growing up in the 60’s, it was heaven. Parents had a completely different take on the world compared to the one that us parents have today. As long as you behaved yourself or didn’t “bring any trouble to our doorstep”, we more or less all had a completely free rein to go wherever we wanted. As a result, from the age of about five or six, my sister Jackie and I would walk to school on our own – along with nearly every other child in the area (I don’t ever remember seeing a parent at the school gates) – and in our own time, away from school duties and when I wasn’t playing football at Cwm Level Park, we’d just meet up with friends and simply have a wander to various parts the area, from Plasmarl, to Treboeth or Manselton, nothing ever seemed out of our reach.

One of my best friends was Raymond Mainwaring of Plough Road, a good mile from my house, and when I’d call for Raymond, we’d often wander further away still, down into the Hafod, and from there, walk down to the river and stroll along the banks until we reached the moon, or more accurately, the barren moonscape that stretched out either side of the Tawe in those days.

You see, the other side of the old Neath Road below the Hafod, roughly from where the Park and Ride is now, across and along to where the Liberty Stadium complex now stands, was an area of ruined buildings, abandoned machinery, and best of all, a landscape of mounds and hills (mountains to us) of all the iron ore and abandoned slag heaps of all the filthy resources and byproducts that had been used to make the copper that had made Swansea world famous over the previous 150 years or so. Little did we know then, that this slag was probably coated in horrible stuff like arsenic and other poisons used in the smelting of copper, and to be honest, we wouldn’t have cared a whole lot if we’d known. We weren’t alone either. Lots of other ‘gangs’ of kids from the area roamed the brutal and fascinating landscape, hiding, climbing and collecting anything we could get our hands on as we made our den for the day, usually pretending that we were Neil Armstrong, Buzz Aldrin or Alan Shepard, roaming our dangerous moonscape, and making sure we could always find our way back to our spaceship and not going too far in our imaginary moon buggy, exploring as we did, this incredibly hard, dirty and quite dangerous location. Fantastic times. 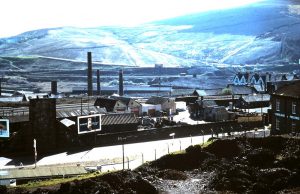 Looking across from Hafod in late 60’s. Two of the chimneys are last two that remain today.

Yesterday, 45 years or so later, I returned to this imaginary moonscape of my youth, parked up and had a walk around. The moon surface has now been removed, hidden forever beneath a Premier League football stadium, a bypass, a Park and Ride and some nice landscaping. Progress, but still a little sad to one who spent so many happy times, roaming around the area. It’s hard to believe now, that so many kids under the age of 10 were ever allowed down there, such is the volume – and speed – of traffic that now exists, but in our day, you hardly saw cars really, just the odd bus and lorry and often the many horse and carts that were still in use in Swansea in the early 70’s.

Of course, this is not the first time I’ve returned. I’ve been going to the Liberty Stadium every other week in the football season since the Swans moved there in 2005, and I always park in Quarry Road, just around the corner from where we lived, so fill up on my own nostalgia fix quite often as I take the ten minute stroll down to the ground. But yesterday, I had some time to have a good look at the new trail down by the river, that has seen clearance of the massive undergrowth that for years had strangled the life out of the remaining few buildings and chimneys that do their best to remind us of the past copper glories of Swansea. I was slightly cheered by what greeted me. 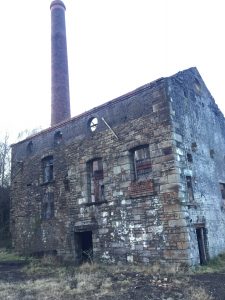 Removal of trees and bushes allows better views of buildings

The bulk of the invasive trees and bushes have been cleared, a couple of new paths have been constructed which include some interesting art and sculpture, along with a few benches and even some picnic tables. All very nice. The problem is though, not enough has yet been done to change habits. Litter purveys everywhere. The picnic area is the worst, which is a real shame because as nice as the aspect is that has been created there, it is not an inviting environment to sit, relax and eat. Two nearby little information stations that have been placed to provide commentaries to the passing tourist have been vandalised, burnt and whist quite new, are sadly inoperative. The remaining two buildings have been graffitied and remain in almost complete disrepair. A shame.

Some of the new art at the site

But it is not all doom and gloom. Compared to when I last took a close look at the area about three or four years ago, there is no doubt there there has been real improvement, even if it is largely cosmetic, but this superficial improvement to the area is not yet enough to influence the behaviour of those who continue to litter, those who continue to vandalise and those who choose to graffiti. These unpleasant and anti-social behaviours will only change when real, genuine transformation at the site occurs.

I’m reminded of the dear old Vetch Field, and the many other old football stadiums I visited around the UK in the early 1980’s, following first Harry Griffiths’ and then John Toshack’s Swans. As much as I adored their history, their authenticity and an infrastructure that almost came alive on a match day, if you scratched beneath the surface of sporting excitement, these stadiums were truly awful places. Litter was everywhere, seats and terraces were dilapidated, broken and dirty, and the toilets, well, less said about those the better!

But now? Well the differences are palpable. Over 30 Victorian stadiums have now been replaced by modern, purpose built stadia, which frankly – in certain areas – are almost like hotels. The result? Hooliganism ended, litter, dirt and disfunction removed and the match day experience transformed for the better, largely by the improvement in behaviour of the fans. Somebody worked out that if you treat people like animals, they’ll behave like them, but if you give them something to be proud of, they’ll treat it with pride and respect. That’s what has happened in football stadiums and it’s what I sincerely believe will happen to Swansea’s copper area that I visited yesterday, when it’s redevelopment eventually moves to the next stage. But, make no mistake, it will require real change. Not superficial change of trees and bushes being removed and new railings and seating put in place. No, it will need the repair and regeneration of the remaining buildings and new life being breathed into the riverbanks of the Tawe, giving people a reason to go there and to use, enjoy and spend time in the area as the genuine, important leisure destination that I truly believe it can become.

And, happily, the news is good. An old school friend and former work colleague of mine, who occupies a significant post of importance at Swansea Council, confirmed to me yesterday that proposals are in place to ensure that all the listed buildings in the area are renovated and brought back into use, which is truly fantastic news. It’s one thing tidying up the area and making it accessible – as it is now – but it’s completely another to regenerate it, bring it back to life and use and introduce a new audience to it who will utilise it, enjoy it and above all, respect it. Once this regeneration has been achieved, I confidently predict that – as happened with the hooligans in football – the vandals, litter creators and graffiti artists will disappear for good and Swansea will begin to have an area fit to respect and pay tribute to the important industrial heritage of its past. It is a vitally important part of the story of our city that has been missing in my lifetime, but it is there, beneath our noses and tantalisingly within reach, and if done right, could be sensational and so important for the development and reputation of our city. 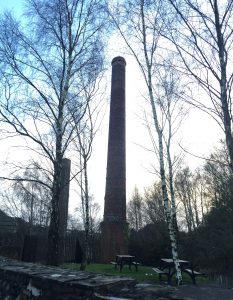 My boyhood moonscape may be gone forever, but hopefully, soon, in its place will be a new attraction that will breathe new life into the area and allow people to safely roam around the river banks, proudly remembering a time when Swansea, literally, ruled the world….if not, exactly, the moon.