If the rumours are to be believed, in the next few hours, Arsenal’s Chilean striker, Alexis Sanchez will become a Manchester United player. Nothing overly controversial about that if you’re a keen follower of football. Player comes to Premier League from abroad, largely unknown, prospers at a leading team, almost making himself irreplaceable, and then decides it’s time to cash in and move on.

Cash in being the operative phrase.

If the figures given on Sky Sports News’ obsessive Transfer Centre coverage this week are correct, the four and a half year deal that Sanchez is about to sign, will include an agreement for his tax liabilities to be paid for him, meaning that he will effectively be receiving a tax free deal. Nice work if you can get it. Especially when all his sign on fees and bonuses are added in too. Basically, if the deal goes ahead as reported, for the next four and a half years, Señor Sanchez will earn – give or take a fiver – £500,000 per week. 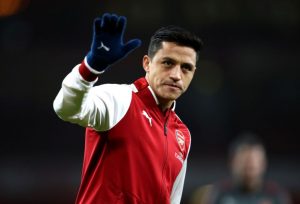 That’s right, £500,000 per week. (Feel free to go and put some relaxing music on to allow that number to sink in before you carry on reading.)

The Twitter response to Sky announcing Sanchez’s incredible booty was predictable and, frankly, difficult to argue with. The basic thrust was that it is disgusting for a man who runs about kicking a football to earn that amount of money. I’m sure you’ve heard those objections before, and expect the annoyance to get louder as the days move on and the transfer completes. I also find the riches and wealth created by the deal hard to understand and defend, myself. Can it really be true, that in a time of austerity, food banks and an increase in the numbers of homeless people on our streets, that a footballer earns enough money to make himself a millionaire every fortnight? Of course it is not, and I am not going to defend Sanchez and players like him, for earning that amount of money. But what I am going to do, is ask for a little perspective, when the inevitable Twitter storm of fury is unleashed on Sanchez and his fellow footballers, for accepting the enormous sums on offer. Because let’s not forget, all they are “guilty” of, is accepting a sum of money that someone else is foolish enough to offer them. There is no law that says a talented Premier League striker has to earn £500k per week, the owners of Manchester United have voluntarily decided to give him that wage. It’s their choice.

The Manchester United owners. Feel free to invest in this blog gentlemen.

Anyway, I digress. Going back to the inevitable public outcry, the usual line that follows the publication of a deal like Sanchez is “Public reveal disgust of player’s wages!” or “We should be paying our nurses, policemen and soldiers that money, not footballers” and on and on it will go. And obviously, people have a point, a very real point. But the fact that annoys me, and one that brings the perspective I ask for above, is why is it that only footballers receive this abuse?

When was the last time you read a headline “Uproar as singer’s wages reveal multi million pound fortune” or “TV panel show member’s contract details unleash furious public backlash”? That’s right, never. Oddly, a singer, actor, musician or TV celebrity prospering financially seldom seems to offend the public as much as a footballer doing well for himself does. Well, you know what? If you do find yourself getting angry about Sanchez and his footballing mates, you should probably feel at least just as peeved when you learn what the stars from other professions actually earn, if we convert it to a weekly wage. (Get ready to play that soothing music again.)

Historically, for whatever reason, the pay of footballers and details of their contracts becomes known in the public domain very, very quickly, hence the outrage by the bulk of us. But to find the earning details of other sports people and celebrities who also live their lives in the public eye, it is a little more difficult. As a result, it is also not an exact science, but just spend half an hour searching Google and taking into account several websites (Forbes, CBS, Business Insider to name but three) and you will get a pretty accurate handle on what is being paid to people in the public eye. It makes very interesting reading. 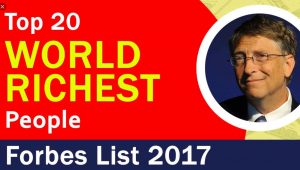 Now here’s a list I’m never going to appear on.

Now, as you read on, I’d like you to keep Sanchez’s £500k per week at the front of your mind as our baseline to measure against. Ok? Good. So let’s have a look at some of the comparisons I found to this lucky footballer’s wealth. And it didn’t take long to leave his earnings standing in the dust like a bag of out of date pound coins.

Note for the legal people. I hope you will understand that I have to preface all the figures that follow as “allegedly”or “apparently” as they are quoted from many different available sources on the net and are brought together as a very rough average, but are from reliable websites such as forbes.com and CBS.com . They are not intended to be accurate to the penny, but more of a ball park figure to measure against Sanchez’s wage. But, having said that, according to the articles I researched, they do reflect the likely level of earnings gained. The figures are also largely based on an annual worth including money from sponsorship deals and the like, and these are lumped together, then divided by 52 to give a crude weekly figure to give you a flavour of a figure to compare against Sanchez. And for these stars, a nice flavour it turns out to be. So here we go.

Lewis Hamilton. Britain’s greatest ever Formula One driver. He is believed to have a weekly wage equating to £634k per week. As his race lasts about 65 laps, we could equate that to the oft throwaway quote aimed at footballers, “£500 grand a week for kicking a ball around for 90 minutes!”. Fair enough, but I don’t remember any headlines angrily stating “Formula One Star nets ten thousand pounds a lap!”. Maybe it’s more acceptable to become a millionaire every 10 days for driving a car fast. 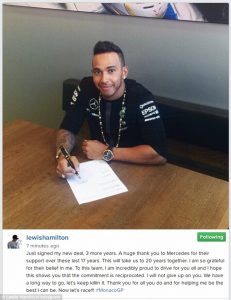 Let’s move on to the good old silver screen. Any idea who is believed to be the world’s highest paid film star at the moment? It may surprise you. Pitt? Hanks? Clooney? Streep? Nope, none of those….it’s The Rock. Yes, that leading thespian, Dwayne Johnson is believed to have a weekly wage equating to £894k per week. Over the last eight years, old Dwayne has averaged three films a year, so based on that, he may spend – when we factor in some annual leave and bank holidays – 14 weeks on a film. That works out at £12,516,000 per film. That’ll get you a few bags of Revels to sit down and watch your films with. You could even afford to demand that someone removes the coffee ones for you in advance.

The Rock prepares for his visit to Llanelli Odeon.

Like your music? Who do you think tops the earnings charts there? Coldplay? Adele? Paul McCartney? Black Lace? No. The people that collate the figures for the music industry, for some reason, like to categorise by gender, so we have a female and a male winner. At a reported £1.5m per week, the lady who tops our charts is Beyoncé. Lemonade was never that expensive when Corona sold it. And the number one male? None other than that gifted singer with the voice of an angel, Sean Combs. Or P Diddy. Or Puff Daddy. Or Puffy. Or Diddy. Or Love. Maybe he needs all of his believed £1.9m per week (yes, £1.9 million) to pay for all his aliases, maybe they have their own tax bills. Fair do’s to Sean though, he did warn us in 1997, for him, it clearly is All About The Benjamins.

What might surprise you is someone else whose pay packet bulges to bring him in line with the Diddy Man. Yes, the one and only Simon Cowell. Mr Cowell, somehow, has manufactured a career that apparently earns him £1.9m per week, which is more or less four times as much as Sanchez. And our Simon earns this money by sitting behind a desk on a stage often ruining the dreams of many young people before unleashing the likes of those magnificently successful singing legends, such as Steve Brookstein, Leon Jackson, Joe McElderry, Matt Cardle and Sam Bailey on us. If Cowell was a football scout, he’d be working for F.C. United of Manchester, not Manchester United. But, in fairness, you only need to find one Ronaldo to cement your legend, and he did find One Direction. I don’t put that in to scoff either. At their peak, it’s believed they banked £1.9m a week. Maybe Alexis Sanchez should’ve joined them when Zayn left, he’d have kept them in the right direction.

“Keep smiling, Joe pet, and he’ll pick up the tab”

Anyway, the point I am making is a simple one. Yes, I find it quite repulsive that a footballer becomes a millionaire in a fortnight and I wish, somehow, that controls were put on their earnings a decade or more ago when the Big weekly wonga started to flood our footballers bank accounts, when Sky TV and others saturated the Premier League with its broadcasting contracts worth billions. Yet by the same token, do I think The Rock is worth nearly double Sanchez’s wages? Well, judging by his performance in San Andreas, no, a hundred times no.

But, who is to blame for these repulsive, unseemly and ugly sums of money? Who are the fools that put the money in the pot in the first place, for these footballers, racing drivers, film stars, singers and entertainment moguls to dip their eager hands in and pull out the mountains of moolar that they apparently earn? Well, I hate to break the bad news to you, but it is us, dear reader, you and I.

When we buy that Sky subscription, or upgrade to BT, or buy a football season ticket, when we download that song, purchase that cinema ticket, buy a box of popcorn along with a Ben and Jerry’s and wellington boot sized carton of Coke, we are paying for it all. It is an inescapable truth. If there was no demand for these people to entertain us – and don’t think for one minute that Alexis Sanchez is anything other than an entertainer – then there would be no £500 grand a week, or more, for anyone. If we felt that badly about it and really wanted to increase the earning potential of nurses, policemen and our soldiers, as most of the aggressive tweets suggest, then we’d all just cancel our Sky, not renew our £750 Premier League Season ticket, stop downloading Apple Music and boycott the local Odeon, then instead, with the money we save, offer to pay more tax with our newly found wealth. But would we be prepared to do that? I think we know the answer.

Where do you think our upgrade money goes?

So, when Mr Sanchez signs his big contract later today, feel free to be outraged. Feel free to complain with your loudest voice. Feel free to tweet and vent your objections. But also, the next time The Rock pops up on Graham Norton, or P Diddy performs at Glastonbury, or Simon Cowell wins a BAFTA for services to commercial TV, maybe save an annoyed tweet for them too…they deserve our annoyance just as much as a talented footballer from Chile. It’s really not fair otherwise.

It really is just the perspective that is different.